We are excited about the many wonderful things God is doing at Zion Temple Church. Although we would much rather see you in person, we know that photographs are an excellent avenue to share our experiences with you. Connect with us!

Zion Temple Ministries is a faith-based church in the community endeavouring to meet the needs of every man through God-directed leadership and guidance.

Our purpose is to glorify God who created us. We do this with our time, talent and treasure, while never forgetting to whom we belong.

Our mission is to go beyond our four walls and embrace the commission of proclaiming the Word of God, both home and abroad. Our foundation is Jesus Christ, the Chief Cornerstone. We will continue to build on the witness that has gone on before us.

Here I am! I stand at the door and knock. If anyone hears my voice and opens the door, I will come in and eat with that person, and they with me. Revelation 3:20 (NIV).

We fully believe in the mystery of the Godhead. We believe that Jesus was both human and divine, and further that the Godhead be understood to mean all of the fullness of God. Colossians 1:19 and 2:9.

We believe in the Divine healing powers of God; but we don’t condemn those who must take medications. Exodus 15:26, II Kings 20:5-7, Isaiah 53:4, Matthew 8:14, James 5:14-15.
We believe in Holy Communion, feet washing, and rapture of the saints before the tribulation. I Corinthians 11:23-28, John 13:4-17, I Thessalonians 4:13-17.
We believe in the love of God, the gospel of Jesus Christ, a biblical standard of holiness, tithes and offerings, heaven and hell, angels and demons, theocratic church government and the sovereignty of God.

Over 50 Years of Ministry

For the Lord hath chosen Zion; he hath desired it for his habitation. This is my rest for ever: here will I dwell; for I have desired it. Psalm 132:13-14 (KJV) 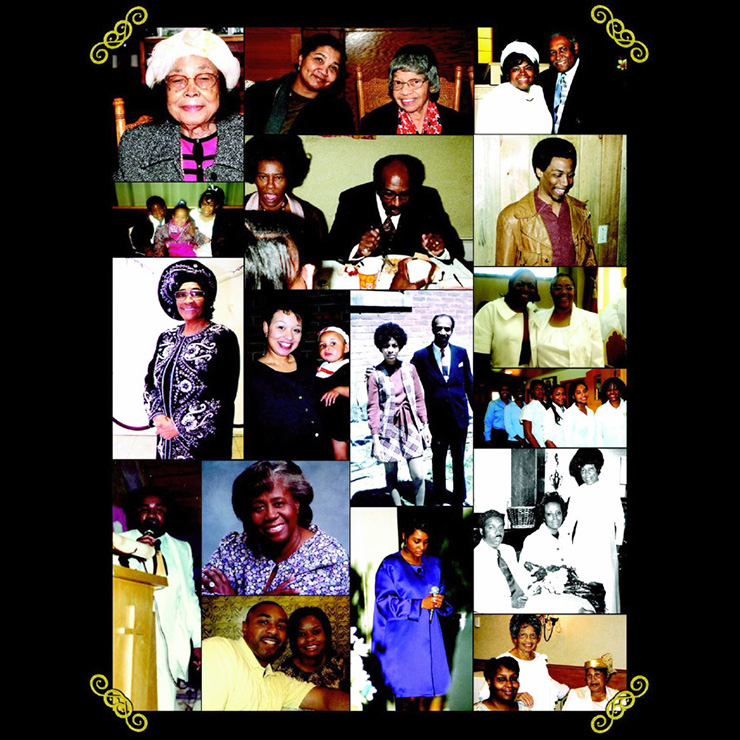 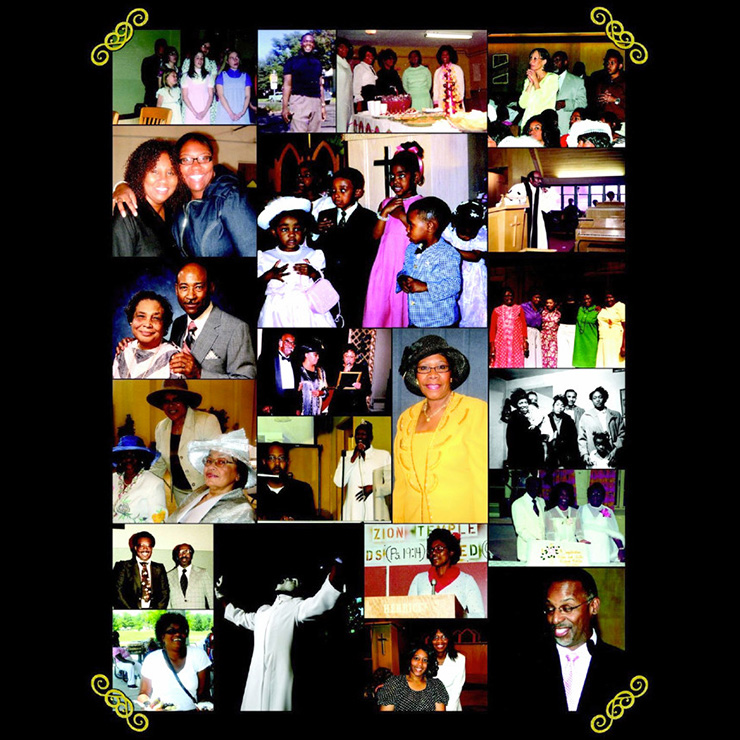 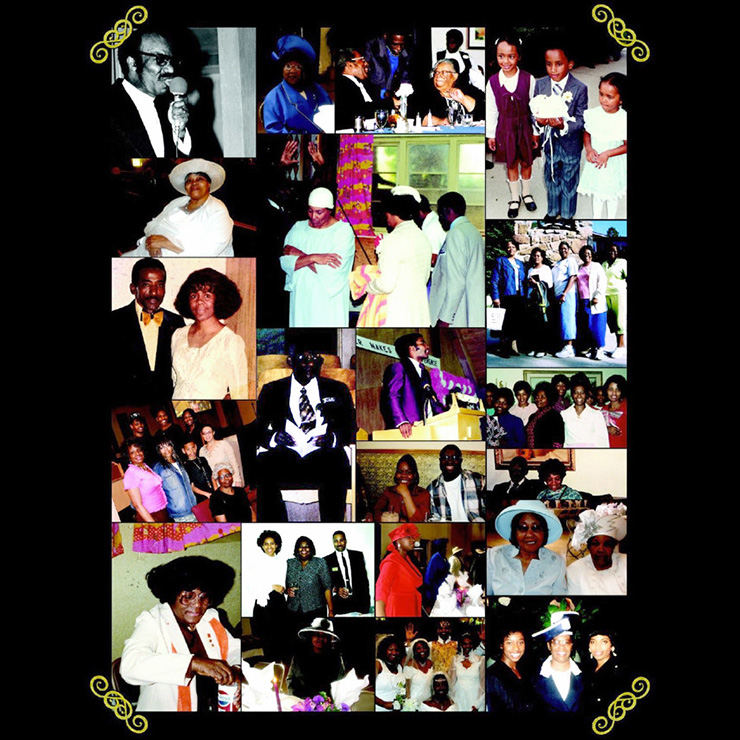 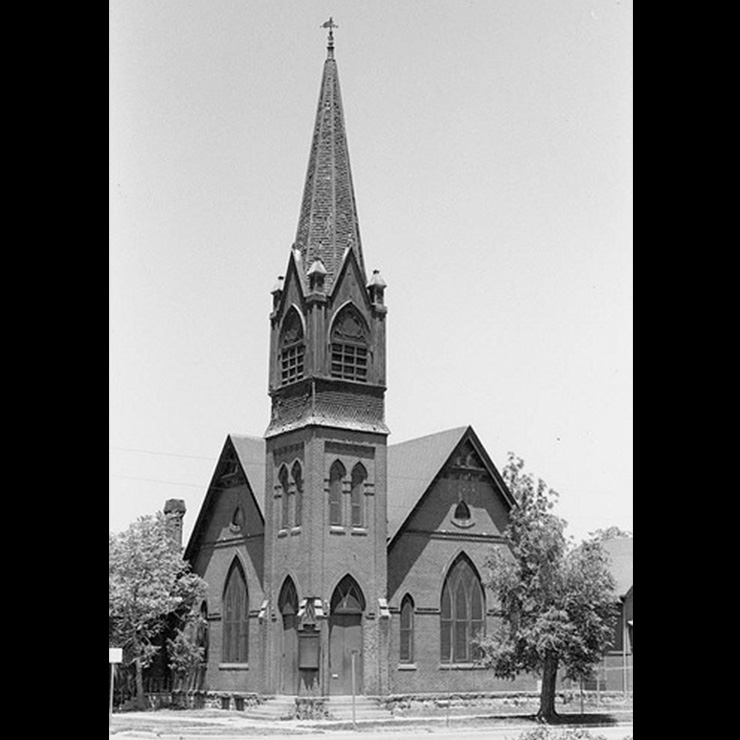 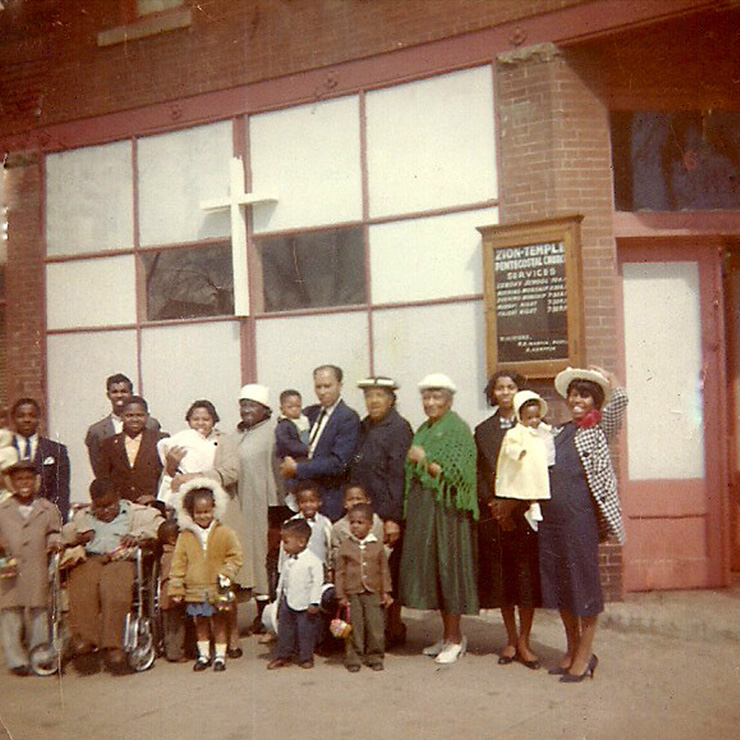 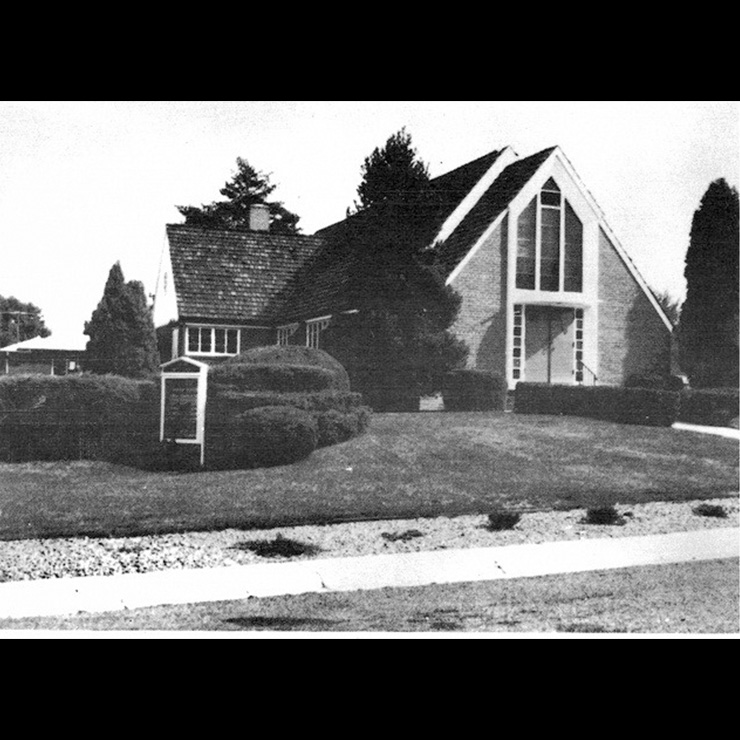 Zion Over the Years

Zion has been in the Greater Denver Metro Area for over 50 years and under three administrations. The late Suffragan Bishop Roland B. Martin founded Zion Temple Pentecostal Apostolic Church in 1961. During his tenure the ministry outgrew three locations over a span of 31 years.,

Elder Robert E. Martin, Sr. was appointed as Assistant Pastor in 1992 by Suffragan Bishop Roland B. Martin. Under the leadership of these two great men of God, Zion Temple continued steadfast and unmovable, always abounding in the work of the Lord. On July 2, 1997, Zion Temple Church experienced the greatest sorrow possible with the untimely passing of our beloved Pastor and Founder, Bishop Roland B. Martin. Bishop Martin’s labor of love, many sacrifices, and great contributions left a legacy that continued with the installation of his brother, Elder Robert E. Martin, Sr., to the Pastorate on November 30, 1997.

Zion Temple Church is the oldest apostolic church in the Pentecostal Assemblies of the World, Inc. in Colorado. 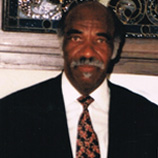 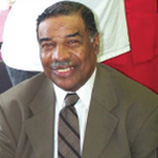 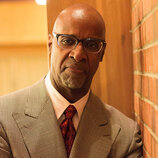 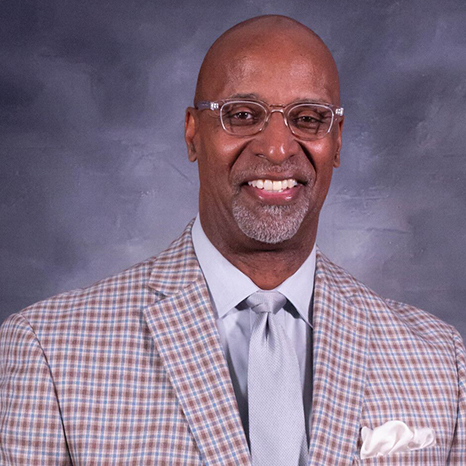 Pastor Robert Martin, Jr., is a proud native of Denver, Colorado, and a graduate of East High School. He holds a Bachelor of Arts Degree in Pastoral Ministry from Aenon Bible College and is looking forward to obtaining his Master’s Degree.

Early in his life, it was quite evident that he had a very special call to be a representative of the Kingdom of God. In accordance, he has developed a unique understanding of biblical text and is able to present and apply it as it relates to the 21st Century.

For 22 years, Pastor Martin enjoyed a distinguished career in the high fashion retail clothing industry, where he was privileged to have served both men and women. In addition, he is certified as a life coach through the Strategic People Development Company. He is the Proprietor/Manager of Transformational Solutions, a leadership development and consulting company. He currently serves as Vice-Chairman on the Board of Directors of the Denver Metro Fair Housing Center and is a board member with the Cherry Creek Schools Foundation.

Before assuming the pastorate, Pastor Martin served as assistant pastor of Zion Temple for four and one-half years. As a representative of Colorado, he served as Vice-Chairman of Northwestern District Council Board from 2004 to 2012.

Pastor Martin holds the office of Suffragan Bishop in the Pentecostal Assemblies of the World, Inc. (PAW, Inc.) in which he oversees several local ministries. With this charge, he conducts revivals and seminars on leadership, ministerial and organizational structure on the local, regional, and national levels. He served two consecutive three-year terms (2012-2018) as Chairman of the Colorado State Council, the 61st Episcopal District of the PAW, Inc.

Pastor Martin continues to convey that, coupled with a spirit of excellence, God’s people must have a greater impact on the world. He is married to the love of his life, Kim N. Martin. This union of 26 years has been further blessed with two wonderful children, Isaiah and Akilah.
Our Leading Lady
For I know the thoughts that I think toward you, saith the LORD, thoughts of peace, and not of evil, to give you an expected end. Jeremiah 29:11 KJV.

By faith Moses, when he had grown up, refused to be known as the son of Pharaoh’s daughter. He chose to be mistreated along with the people of God rather than to enjoy the pleasures of sin for a short time. He regarded disgrace for the sake of Christ as of greater value than the treasures of Egypt, because he was looking ahead to his reward. Hebrews 11:24-26 (NIV). 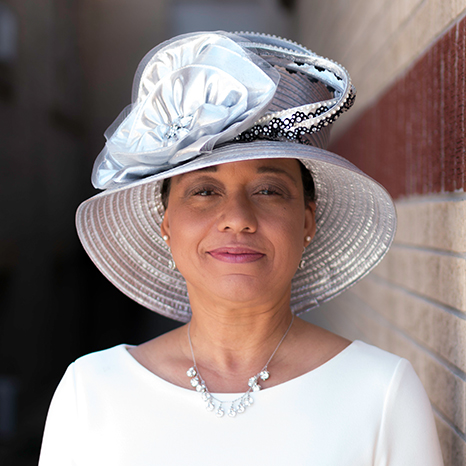 Under the leadership of Suffragan Bishop Roland B. Martin, Lady Kim Martin was introduced and received greater knowledge of salvation through Jesus Christ in September 1989.

She was united in marriage to Suffragan Bishop Robert E. Martin Jr. in 1992, and they were subsequently blessed with two beautiful children, Isaiah and Akilah.

In addition to cultivating her own purpose and call, Lady Kim has been a faithful and committed Kingdom Partner. She has served in several capacities at Zion Temple Church that include, but are not limited to, Christian Education, Music Ministry, Special Events and Media Production. She served a three-year term as First Vice President of the Women’s Department of the Northwestern District Council of the Pentecostal Assemblies of the World, Inc. One day, at her place of employment, The Lord inspired and directed her to institute Power Break, a bi-monthly prayer and Bible study group for fellow believers. In January of 2008, He again directed her to form Women of Faith Financially Fit, LLP, a women’s investment group, which was officially formed in February 2008.

As a woman called by God, a wife, a mother and a businesswoman, Lady Kim consider it an honour to work alongside her husband in ministry. She believes that the work of the ministry lies in every child of God and that everyone should strive to fulfil their God-ordained purpose.

Lady Kim’s favourite scriptures are Psalm 121 and Jeremiah 29:11. In her leisure time, she enjoys golfing, interior design, travel and reading.
Pastors, Board Members Deacons and Church Staff
Now we ask you, brothers and sisters, to acknowledge those who work hard among you, who care for you in the Lord and who admonish you. I Thessalonians 5:12 (NIV). 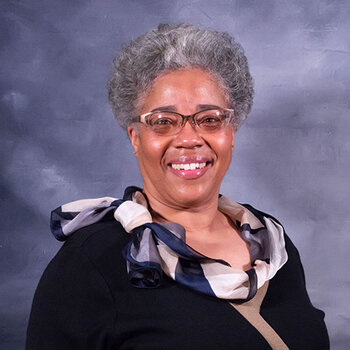 Evangelist Sheila L. Riley accepted her calling in 1998 and was ordained in June 2000. Since that time, she has continued to perform her heart’s desire and love for teaching the Word of God. She was appointed to the position of Executive Pastor in May 2009. 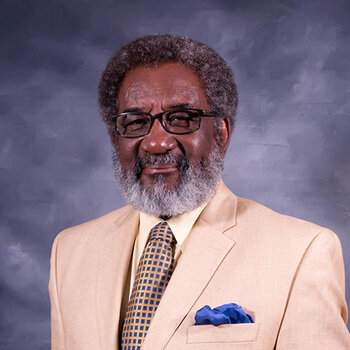 Elder Larry Queen received his ministerial license in 2006 and was ordained in the PAW, Inc. in 2007. He was appointed as Assistant Pastor of Pastoral Care on December 18, 2012.

Both Evangelist Riley and Elder Queen continue to work alongside Suffragan Bishop Robert E. Martin, Jr. and Lady Kim Martin in the furtherance of the Ministry at Zion Temple Church. 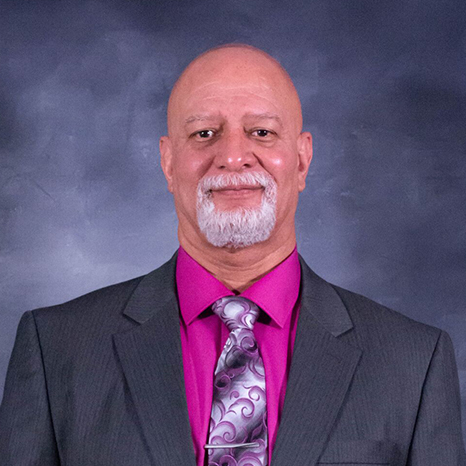 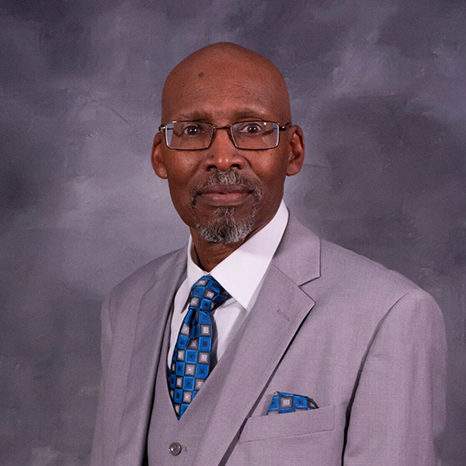 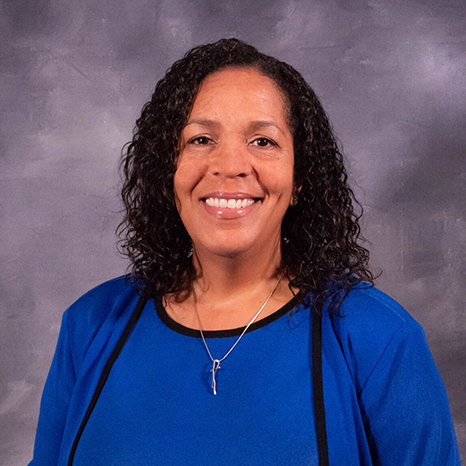 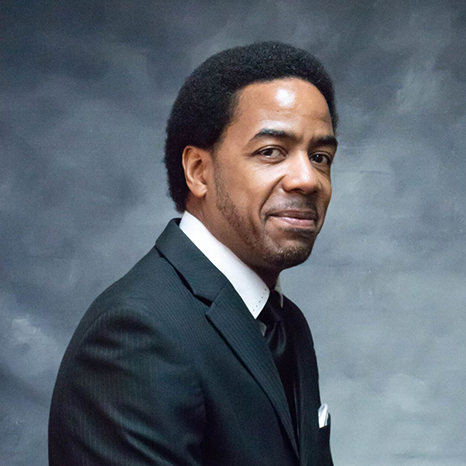 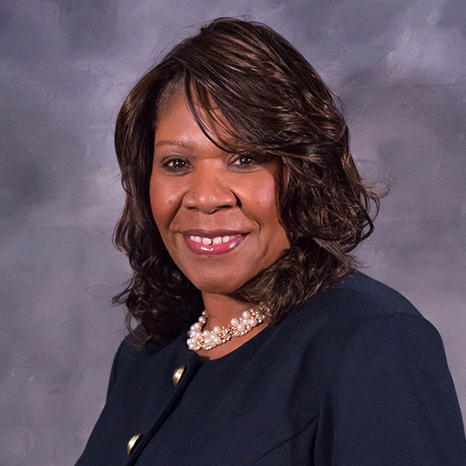 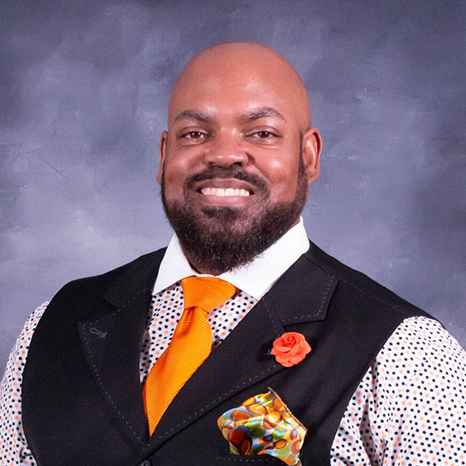